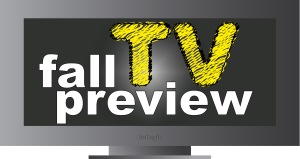 Or at least it used to be. As a proud TV nerd the premiere of fall TV is one of the most sacred of times for those of us that worship at the altar of the remote control. Every year I devour the various fall TV preview guides and set my DVR accordingly as I embrace my dorkiness and get to watching a blend of old favorites that left jaw dropping cliffhangers and new shows that seem to be full of promise and at least one or two surprises.

But this year feels weird. And not good weird. There is not much to get excited about in an era where two of TVs most obnoxious trends continue to fuck viewers in the not so fun way.

Let’s start with the continuation of this mind-numbing trend of rebooting and reviving everything that was good from the 80s and 90s.

Magnum PI‘s original eight season run was done at a time before the concept of “blue sky shows” had saturated all aspects of TV. Giving a fresh coat of paint to this relic is out-of-place in an overdone genre that has passed it by. Plus, doesn’t CBS already have Hawaii 5.0? How many excuses do they need to shoot in the Aloha State?

Murphy Brown was iconic during its original run. It was witty, engaging, and established that a show with a strong career-minded female lead could be successful and dominant. It blended comedy with the tough issues of the day. We have other shows that do that for us now. And as great as Candice Bergen is, I don’t think she can haul this show into a new century. Also, I saw the preview during the Chiefs game yesterday and fuck it was terrible.

The Charmed reboot is way too soon. And they were lucky enough to capture lightning in a bottle twice (both with Shannon Daugherty and her replacement Rose McGowan) in terms of casting chemistry. I don’t think they can replicate that a third time. The CW network doesn’t need this. Their lineup is pretty solid. At their core reboots are a publicity stunt, and the network doesn’t need the attention and I hate seeing their limited hours wasted on this.

The Connors will only prove that Roseanne, as awful as it is, cannot survive without Roseanne, as awful as she is. Not even John Goodman (or President Walken as he will always be to me) is strong enough to carry this shit-show. I am actively rooting against this one and it’s death rattle cannot come soon enough.

And it wouldn’t be TV season without the endless parade of police and medical procedurals. Because eighty-seven versions of NCIS, CSI and Law & Order aren’t enough. The assholes that voted for Trump are the same assholes that give these shows the ratings that keep them on television.

The Rookie looks like a bad mashup of competing clichés made worse by staring Nathan Fillion, who I love. I loved him on Buffy and Firefly and I would really like it if he would stop making absolute shit like Rookie and Castle, he has a bad habit of playing down to the drivel when he is on shows like this. and go back to the Whedon-verse where he shines.

FBI? Procedurals are so lazy they don’t even try with the names. This show promises to be every bit as unoriginal as its name and all the others that came before it. These shows just prove that this genre will not be dying until the baby boomer generation leaves this earth and takes CBS with it.

I’ll admit that when I saw the name New Amsterdam I got hopeful for a second as I thought they were bringing back a short-lived show starring Nikolaj Coster-Waldauing before he went off to be Jamie Lannister on a little known show called Game of Thrones. But nope, they lied. It is (another) show about (another) pubic hospital where they save lives while navigating ER politics and personal issues. Don’t talk to me about medical dramas unless you’ve found the next House.

Netflix is spending a fuck-ton of money on original programming and have definitely developed the mindset that quantity is more important than quality. The Good Cop is one of the mutilated fetuses produced by this misguided mentality. A show starting Tony Danza and Josh Groban as father and son odd couple roommates and cops. What could possibly be so bad about that. Everything. Everything will be bad about that. This show isn’t even gonna pretend not to be terrible.

There are a thousand other shows that look terrible for various reasons and I could spend thousands of words sniping at most of the shows that fall TV has to offer. For your sake and my sanity I won’t be doing do that.

But not everyone in Hollywood has lost their fucking minds. There are some shows that have some promise, and others that promise to break my heart.

The Purge has been the surprise of the season for me. I watched the first episode mainly out of curiosity about how the concept of the movie franchise would translate to the small screen, and whether or not they could make a show about one (murderous, violent) night engaging. The answer is yes. Yes they can. The show is surprisingly multi-layered with some slow burn appeal.

My jury is still out on Mayans. I loved Sons of Anarchy and Kurt Sutter’s unique style has been missing from TV for far too long. It’s intriguing enough to keep me going so far, but I’m gonna need to see something more dynamic soon in order to stay engaged.

A Million Little Things looks like it could be my generation’s Thirtysomething with the right blend of adult angst, secrets and interactions. TV Guide’s preview actually calls it Thirtysomething meets The Big Chill, and I couldn’t have put it better so I won’t even try. ABC needs to start promoting it though. I hadn’t even heard of it before last week, and I devour TV news.

I loved the Dirty John podcast, and if you haven’t given the six episode yarn a listen, you should find the time and do that. I am not at all surprised that they are making this into a show. Add Connie Britton and Eric Bana to the mix and you can count me in. As a side note, is adapting podcasts to TV shows going to be the next thing? If so, I have some suggestions.

The Romanoffs takes a classic historical tale and brings it to the present. The fall of the Russian monarchy is a dynamic piece of history and the theory that some of the Romanoff children actually escaped the palace is one of the most intriguing tales. It also doesn’t hurt that it has an all-star cast and is written by the creator of Mad Men. Although Amazon has had some misses, they have had their hits too, and I’m excited to watch this become one of them.

Escape at Dannemora looks like it could be Showtime’s next hit. And with Homeland winding down and Shameless issuing its death rattle, the network could certainly stand to add to its arsenal. Who doesn’t like a good prison break story that has tones of seduction, Ben Stiller behind the camera and Benicio Del Toro playing one of the leads. It will be interesting to see how far this show can get before it runs out of road.

Hopefully Netflix can make up for the its bad decision to make The Good Cop with the release of Maniac. Fronted by Emma Stone and Jonah Hill, the star power definitely gives this show about a chemical drug trial a boost. This show has some tones of Limitless, both the awesome movie and the too-short-lived show which has my curiosity piqued.

Into the Dark is the anthology I never knew I needed in my life but now can’t wait for. A dark horror anthology that comes out monthly and revolves around specific holidays, starting with Halloween? Yes please. That’s one Christmas special that I will definitely be tuning into.

The Haunting of Hill House definitely checks all the boxes for me. I mean, it’s based on a Shirley Jackson tale, so what isn’t to love. One thing I am looking forward to in seeing it as a series rather than movie is how they can take some of the creepier aspects of being trapped in that house and really do a good, terrifying slithering narrative that I won’t be able to take my eyes off of.

Mr. Inbetween looks compelling. I have always been a sucker for the double-life shows and having the main character being a hitman rather than a spy will be a nice spin on the genre for me. I also think that FX, which brings such great shows as American Horror Story and The Americans is the perfect network for the balancing act.

Of all the shows I am looking forward to, Manifest is the one that is going to break my heart. Disappearing plane, lost time, strained relationships, debates between science and faith with dashes of mystery and mysticism. This show is screaming, no begging, to be the next LOST. So of course I am going to watch it. But that is a tough needle to thread, and every show that has tried has failed. And the betting on how many episodes until I am screaming at the TV begins in three, two, one.

So, just like the real Christmas there isn’t as much to look forward to, the sense of wonder is gone. But unlike Christmas, there are dashes of hope sprinkled in.