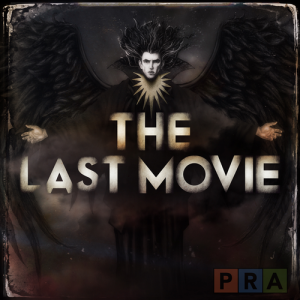 So I recently listened to The Last Movie, and would highly recommend anyone who enjoys docudrama podcasts and a journey into the macabre go download all six episodes right now. Seriously, it was raw, intense and dynamic in a number of ways. Given the stock it comes from, I had high expectations going in. And they were not only met, but exceeded.

Before I get more into The Last Movie let me give a little bit of history. It was developed by Public Radio Alliance, the same production company that puts out Black Tapes, Tanis and Rabbits all podcasts that I thoroughly enjoy. It is billed as a spin-off of Tanis (currently airing its fourth season) primarily because the two shows have the same hosts, Nic Silver and MK. The shows all share the same dark tone while journeying into the supernatural, mysterious and clandestine.

But The Last Movie is the first from this studio to drop the entire first season (six episodes) all at once. In short, it was the first one to offer a binge option right off the bat.

In their own words:

Tanis podcast host Nic Silver and regular contributor MK, explore the possible existence of “The Last Movie,” an infamous underground feature film, reputed to drive you insane. Legend has it that every screening of this film was surrounded by bloodshed and controversy: one reviewer actually described slipping on blood in the aisle, as he ran through dozens of people trying to tear him apart.

The podcast starts with MK going down a rabbit hole in an attempt to find  something called The Last Movie, an attempt met with innuendo and rumors of demonic behavior and a scene involving movie goers that reminds me of the second season of True Blood, when Marryann Forrester takes over the town of Bon Tempes.

The narrative takes the listener through the shroud of mystery surrounding a director thought to be dead, an obscure cult with a deadly history, and the over eager daughter of an actress who is not what she seems.

The series, narrated primarily by Nic Silver in a subtle tone of voice accentuated with MK’s more abrupt style starts with the gas pedal on the floorboard and never hits the brakes once. It’s a balls to the wall journey that leaves the listener pacing back and forth waiting for season two.

And whether they admit it or not, wanting to watch the elusive Last Movie.